So, hey, here’s a tag that I’ve decided to take part in! Took me a while to really get anything together for it, but such is life.

I personally stumbled across this tag in a post from Megan, over on A Geeky Gal, but it originated with Michelle at A Geek Girl’s Guide. So props to them both! There don’t appear to be any concrete rules or anything, so I’m just gonna dive right in!

Where did your geek come from? Parents? Siblings? Destiny?

Mostly self-grown. My parents weren’t overly into geeky stuff and I’m an only child. They did, however, very much encourage me to pursue the things that interested me. And it wasn’t like they had no input whatsoever. It was my dad who properly introduced me to superhero comics by buying me my first copy of Spider-Man. They also played games on their old NES with me and got me pretty much anything I wanted, which was almost always videogames after a certain age (I was never a kid who asked for much, so they didn’t really mind). Beyond that, early friends in life had a lot to do with it. Fostering my existing love for things like Pokemon by playing those games, among others, whenever I’d visit or vice versa. Watching cartoons. The usual kid stuff.

The First Geeky Thing You Got Into

Drawing, maybe? I actually did that before I took to writing. But I found myself to just be a better writer. I still doodle, on occasion, though. But I’m just a storyteller in general. I’ve been making comics and stories since I was little, going as far back as the little adventures I’d come up with using all of my lego sets and whatnot.

Favorite TV Show as a Kid

Pokemon. Not even close. Nothing else touched it. I had other shows I enjoyed, mind you. But Pokemon was always far and away my favorite. And still is.

Favorite Movie as a Kid

Another one that’s not even close. The Iron Giant. Easily. Followed closely by Toy Story and The Lion King. I also would add The Incredibles to that list, though I was slightly older when that came out, of course, but I was still a kid. Not even 10 yet, I don’t think. And I have a special fondness of Back to the Future because it’d come on late at night on the Sci-Fi channel (before the dumb SyFy rebrand) and I’d always watch it with my mom.

Favorite Video Game as a Kid

Pokemon. Again. No contest. But to make this less boring and predictable, let’s say my second favorite. Alas, I didn’t play Tales of Symphonia (or any Tales game) until I was a teenager. So despite it being my other favorite videogame of all time, I can’t go with that one. So I’ll just say that I was always into Kirby. I just love the copy abilities.

Favorite Book as a Kid

Uh… do comics count? Because then it’d be Spider-Man. But if not then I don’t really have one. I didn’t read a lot as a kid.

Favorite Memory as a Kid

A Character You Looked Up To as a Kid

A Character That Scared You as a Kid

If it was a horror movie villain, I was probably afraid of it. I’ve always been a wimp. I think Chucky was the biggest one. Creepy little demon. It was mostly because some kids in school sorta hyped him up to freak me out by getting my imagination going since I was apparently the only one who hadn’t seen the movie(s). So when I first imagined him, without any frame of reference as to what he actually looked like, I just imagined a little ragdoll. Learning the reality actually made it so much worse. To this day, dolls still freak me out. They’re just creepy. Specifically baby dolls and porcelain dolls, though. I’m generally not bothered by stuff like Barbies or whatever. Dunno why.

I’m just going to parrot the same questions as these two. They’re nice ones, anyway. Good for getting to learn a little more about everyone.

I don’t (or, at least, this specific blog doesn’t) have the clout to not nominate anyone specific, so I’m just gonna go with nine peeps. Such a neglected number, alas.

8 Comments on “The Geeky Childhood Tag”

The Unsung Hero of Senki Zesshou Symphogear is… who?

The Penultimate Round Is Here | Winter 2020 Anime TKO 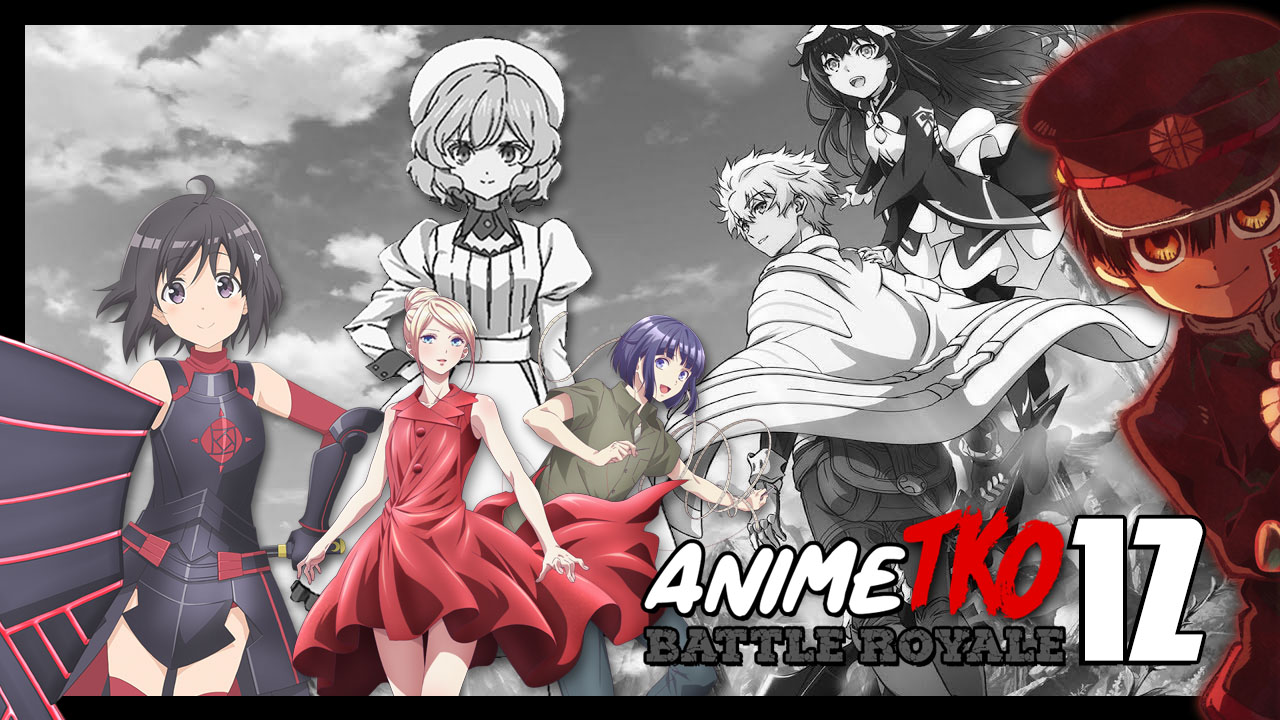 Our three combatants are gearing up for the end. But how will they prepare us for the end?

The Cardcaptor Sakura Clear Card anime had a pretty meh conclusion. Perhaps Riley has a better one in mind? Stay Toon’d!