“Why do you write mostly female characters?” …I’unno.

No, seriously. Not a clue.

I don’t think I’ve ever been directly asked this, so much as it’s just been brought to my attention a lot. One thing you’re bound to recognize about me soon is that the vast majority of the characters I create are female. In Burning Sky, alone, the female-to-male ratio is something like 3:1 or 4:1 per series, barring a few special examples – one team’s pretty much dead even, another team is entirely female. Zero teams are entirely male. Then there’s EXTRA, in which all of the lead characters are female.

If I’m honest, I have no answers to this. I could potentially attribute this to a lot of things. The simplest and easiest reason is because I tend to get ideas for characters from images. Most of the characters I make come from my finding a character design somewhere that I like and throwing a story on it. Then I flesh out said story and see to it that the character I created gets their own design, rather than just eternally be linked to someone else’s vision. Of course, that doesn’t particularly answer anything, so then one finds that most of the character designs I like are female. And why is this? That’s… fairly obvious. I like cute things and I like pretty things. There isn’t really a deeper reason. The aesthetics just appeal to me.

But, then, I write many, many characters who one would not (traditionally) refer to as cute or pretty. So that can’t be all of it. Okay, then what? Perhaps something to do with upbringing? Throughout my life I’ve spent the majority of my time around my mother and my mother’s side of the family. As it so happens, that side of the family is largely women. Very strong, driven, intelligent, loving women. So could that have something to do with it? Possibly. I know I’ve been referred to as being “slightly effeminate” many times. And I wouldn’t say it’s exactly incorrect. I do possess some traits and mannerisms one might typically acknowledge as “feminine.” And that upbringing might very much be the reason. But is that it? *shrug*

There’s also the other potential reason. Media is inundated with so many big strong male characters or lovable losers who become heroes that it’s nice to see action and fantasy series where the women are the forefront. I’m not trying to say it’s an agenda on my part, or anything. I am a dude, after all. But it could at least subconsciously be pure boredom with that norm.

The short answer? I have no idea. But the thing is… I don’t really think it matters? I think the whole “write what you know” adage has merit, but I don’t think that means a dude must only/mostly write about dudes. A character is a character. I have been asked, before, how to write a good female character. And I think that’s the wrong question. Because there shouldn’t be any distinction. Just write a good character. When I write a character, I’m thinking of the whole package. The gender can certainly play a role in that, but only if it’s actually relevant to the story that character is designed to tell. Does that mean it gets ignored entirely? Well, no. Not necessarily. Indeed there will be stories where the gender of a character simply doesn’t matter. In Burning Sky, the unintended side-effect of my little tendency is that there are many, many women in positions of power throughout that world. As such, the gender roles and values of that world are just not the same as they are in ours and are a lot closer to even (a vast oversimplification, I know, but you get the idea). So a lot of those typical gender norms and roles we’d expect simply aren’t a thing in that story. Thus it’s seldom relevant what gender a character is and therefor doesn’t really get brought up much, if at all.

So, to reiterate, I haven’t a clue why I’ve developed this habit. I don’t even do it on purpose, I assure you. It could be boredom. It could be upbringing. It could be simple preference. But whatever the case, I don’t really think it matters. If you’re reading something I’ve written, then you can expect to see a lot of ladies around. And I certainly wouldn’t call that a bad thing.

Ooh. Maybe next time I’ll see if I can wiggle my way out of answering the question I have actually gotten several times “Wait, you’re black? Why don’t you just write about black people?” Siiiigh… so fun.

← Why Do You Play A Character On Galvanic?
Blogger Recognition Award → 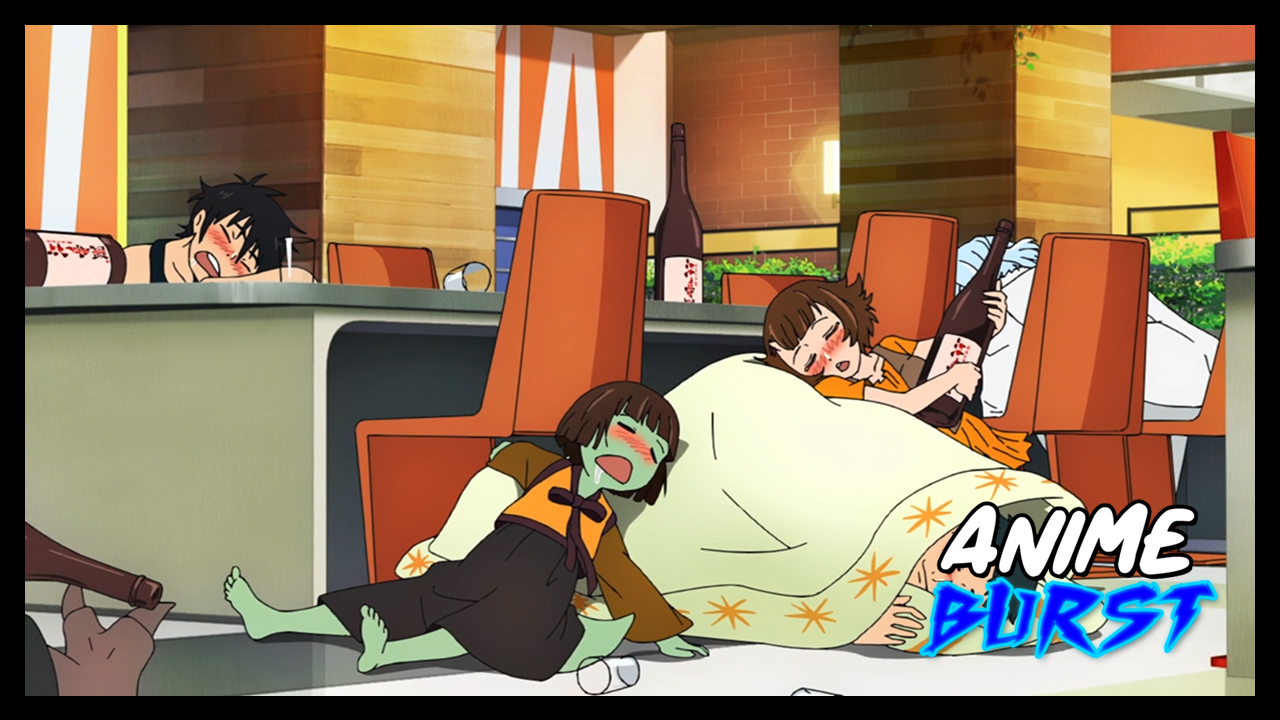 The test is over and Team B… won? Sort of?

My Next Life as a Villainess: All Routes Lead to Doom! | Episode 9 | Anime Burst Spring 2020

An episode that doesn’t focus on the main character? Well, this might be interesting.

I honestly don’t think I have the words to do this episode justice, but here it goes.