The Many Tales of Burning Sky | Writer’s Journal 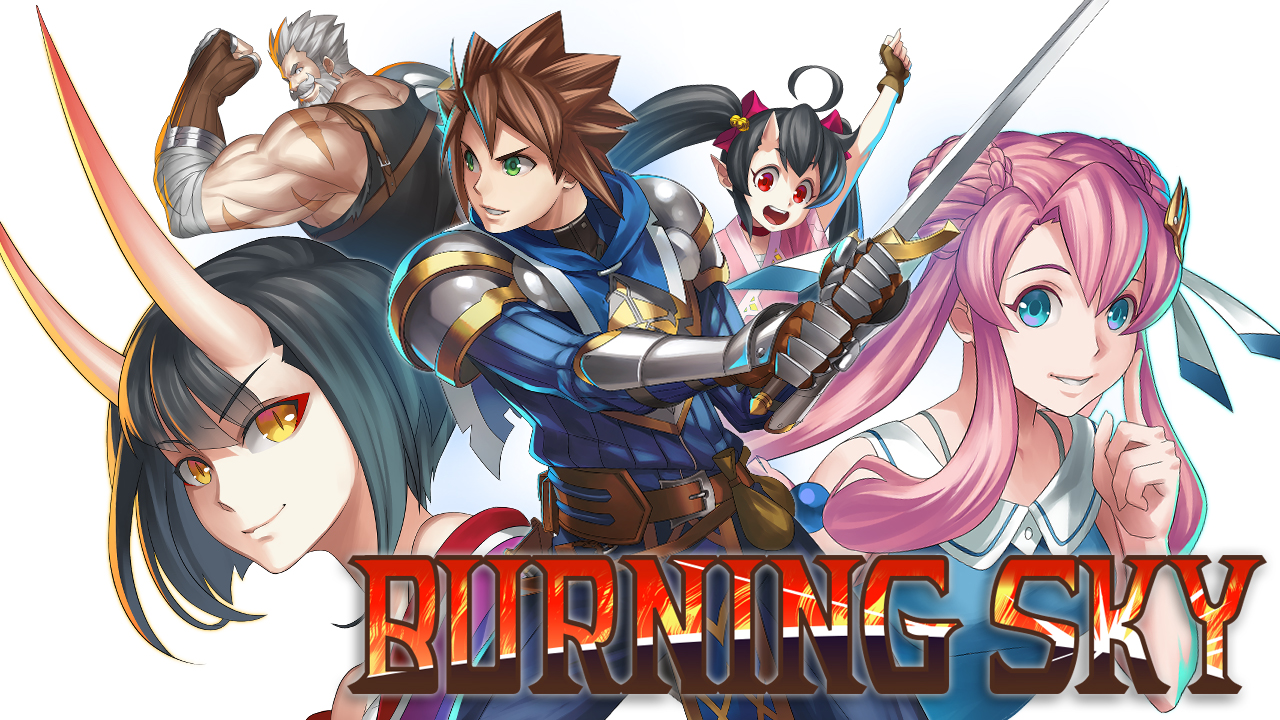 Burning Sky is an absolutely massive story. But exactly how massive is it? And what does that mean for following it?

I’m gonna conduct this as if it’s an interview because I’m bored and feel like being cute.

So, Exactly How Big IS Burning Sky?

Huge. Burning Sky is huge. It’s a sprawling fantasy epic and crossover event where the tales of dozens of characters intertwine. A shared universe of stories that all take place under the same sky. I mean, the initial run is slated to feature a whopping nine series; Heroes, Dawnbringer, Prestige, Odyssey, Senshi, Virtue, Adventure, Divinity, and Kindred. There’s war and religion, magic and science, comedy, tragedy, love, the whole nine yards. In a way, it’s our love letter to the fantastical worlds we grew up with, incorporating tons of different things lovingly and thoughtfully. And it. Is. A lot.

How is one possibly expected to follow it all?

Oh, you aren’t. The reason behind there being a number of different series is that each one is intended to have a slightly different “flavor.” Not to say all of them are entirely different genres, or anything. But they all have different goals as stories. And yes, a handful of them are veeery unique among the bunch, even on a basic mechanical and narrative level. But the macro story really is designed in a way that allows you to pick up whichever ones you want. If you think yourself capable of following all of the stories until they thin out, then be our guest. But if you think you’ll only be able to closely follow one or two, that’s fine. We’re taking extreme care to craft the crossover nature of the story in a way that doesn’t require you following every single title in order to understand what’s going on.

You Must Have A Way To Keep Up With All That

Lots and lots of Google Docs and Facebook messages. During our meetings we actually comb over all the details. We make a note of exactly what information the readers of a particular series would already be privy to. We do that so we can make sure anything coming from another series is delivered in a way that’s easy to understand, doesn’t feel intrusive or gimmicky, and comes across as adding to the story you’re there to read, not just waving some other story in your face. There’s also going to be the expectation of “thinning the herd,” as we call it in-house. It’s basically where, when characters from one series are dropping into the events of another, maybe we put the series for the visiting characters on freeze for a bit. That way there’s no big timeline kerfuffle. We know audiences hate that. We hate that. And what that ends up doing, when a lot of these crossovers are happening at once is narrowing down the pool of stories from nine series down to, for example, three or four. And a really cool part of that is that suddenly – poof – keeping up with the rest of the universe actually feels a lot more manageable, you know?

So The Story’s Going To Shrink?

In a sense, I guess that’s accurate. Make a big splash at first, then ride the wave, so to speak. The hope is that even if you only read one or two of the series at a time, you’ll become familiar with characters from all over the universe and totally fall in love with some of them, maybe become curious enough to read back over some of their adventures retroactively whenever you get a minute. It’s a world we really want everyone to have fun with. As much fun as we have just crafting it. But it doesn’t have to be all at once. The stories are still going to be there, right? I know something we want to do is end all the major storylines on one big crossover arc, each – Smash Bros. Ultimate “Everyone Is Here!” style. We think that’d be really cool, but we’re still ironing out the details on how we plan to handle that. If we can pull it off it’d be awesome.

Do You Worry About Any Of The Characters Sort Of Overshadowing The Others With All These Crossovers?

I talk about the crossover nature of this project a lot because it excites me to think about, but it’s also important to remember that, at least in the early stages, we’re talking about nine completely standalone stories. There might be cute little references and easter eggs or whatever sprinkled in, but the stories don’t actually come near one another for quite a bit of time. Enough, I think, that the audiences can get acclimated to the universe, familiar with the characters they choose to follow, all of that. Internally we’ve done a lot of planning and outlining, even before we ever put words on a page. Some of our meetings will just be us planning out story beats or ideas. The initial stages of this project, we only had about one arc planned, per series, before they started spilling into one another. But then we decided, you know “Hey. Maybe we don’t drop this character into that story, just yet. Maybe we give things a little more breathing room.” And what we ended up doing was getting things to a place where a lot of these crossover elements don’t even start happening until three, four, five whole story arcs in. Some of them cross streams a little earlier, but there’s been a lot put into making sure these stories feel like they can stand on their own, first, and I think that’s really important to not letting any of the characters or stories push out the others.

You already got plenty of new information, did you not? Besides, that would be telling.

I could give you a new one, I suppose, but I’m not going to.

Well, that’s the “interview.” It was honestly pretty fun, writing that. Alas, now it’s back to work. Between this, EXTRA/NORMAL, Ghost Light Exorcist, and LIVE Game, as well as all the blogging and videos, I’m a busy, busy, busy guy. So I should be off to get some more things done. But look forward to more talk about these projects in the future!

The girls just wrapped their focus on Magical Girls for the summer! Why not Toon In here?

Hello All! We’ve got some big Originals announcements for you today!