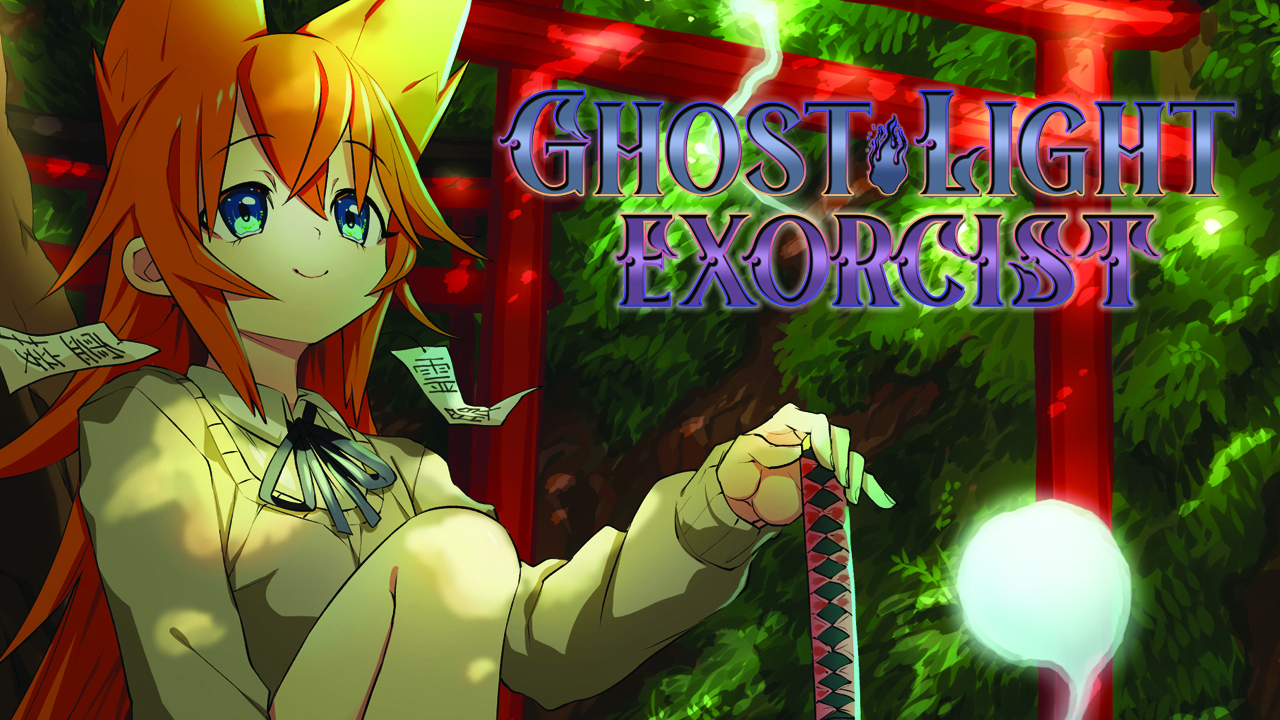 Ah, the eternal question for us writers… also probably the one we least want to be asked.

I find it a pretty complicated question to answer because my inspirations will usually be different, from one project to the next. So I figure I’ll make a mini-series of this, tackling that question with my different projects, starting with my latest! So let’s look at where my headspace was with Ghost Light Exorcist.

There are a handful of key inspirations when it comes to this particular tale. The first is that I’ve always been a fan of Japanese folklore and mythology. That much should be pretty clear. I talk about it pretty often, I research it a lot for fun, and watch plenty of things that feature yokai and whatnot. While mythology and folklore from around the world makes its way into just about all of my stories, on some level, this is the first time I decided to actively place the Japanese ones entirely at the forefront. There’s Burning Sky Senshi, but that’s one story amidst a broader array of stories. Other mythologies and whatnot are in GLE too, but this story is the first I’ve made that’s literally set in Japan, so the emphasis is pretty clear.

In terms of the story, I couldn’t point at any one thing. But the concept and aspects of the execution absolutely have some very strong influences behind them. First off, I pitched the entire thing as a sort of hybrid between Ghost Whisperer – yes, that incredibly cheesy Jennifer Love Hewitt show from the 2000s – and Men in Black. Yes, that Men in Black. That’s all purely conceptual, though. If you’ve read the story, at all, then you know that’s just… not how things go. That’s where the stylistic inspiration comes in.

One of the strongest influences was, of course, Noragami – a series I’ve made no secret of my adoration for. I wanted to create a world sort of like that. Specifically where the spirits and gods we all know are perhaps a little closer than we think, and we just don’t notice it. That was the big one. There are also some other things in it that I definitely leaned on for ideas. Such as a few oft-overlooked aspects of how the gods even worked. Certain style cues, as well.

Otherwise, a heavy influence is Shonen Jump. No particular story, mind you. Just… Shonen Jump… as a whole. The thing is, SJ has a very particular storytelling style that I wanted to try to emulate, formatting-wise… but with prose. It’s especially prevalent in most classic series like Dragon Ball. Actually, Dragon Ball, itself, contributed a lot to the flow I wanted to achieve. It has what you’d call an “And so, therefore-” storytelling style. The events of one chapter, or even one whole arc, flow directly into the events of the next. A sort of action-reaction or consequence-based method of telling a long-running tale.

On a thematic level, certain SJ series did contribute a bit as well. Most notably My Hero Academia and Kimetsu no Yaiba. Particularly the latter. This primarily comes with the type of Shonen Jump protagonist Kitsu most closely emulates. Those whose greatest strengths don’t come from their might or their skill, but from their compassion. Which isn’t so say might, skill, and all those nice things don’t play a role in their success. But their stories are ultimately more about compassion and the like. It’s something I particularly wanted to delve into with Kitsu, especially after my decision to make her as comedically unfortunate as I did. Poor thing.

Now let’s talk visuals. At present the only character to have a design is Kitsu. No particular character inspired her design, really. There was an image I can’t find that gave me the idea for the story, overall. A picture of a girl standing amidst ghost lights/kitsune-bi. But in terms of Kitsu, herself, nothing specific acted as the drive for her design. Rather, she was inspired by a broader mythological concept – kitsune. It’s right there in her name. Kitsune are known for their association with ghost lights in Japanese mythology. So I decided to theme the lead around foxes. That’s where her name comes from, as well as the “fox-ear” hairstyle she has. Though the latter took a few tries to get perfectly right.

The biggest thing with Kitsu was making sure she had a design that was fairly distinct whilst not being over-the-top. Since Ghost Light Exorcist is functionally a Battle Shounen series, I figured it’d work for me to give her the classic Shounen spiky hair and use that as the excuse for the shape. But it took a while to land on a design I liked, even with that concept. They just always felt a little too small. And one version had them basically look more like tiny twin-tails. Which was adorable, but not what I was going for. I eventually just went for it and decided to have my artist simplify her hair (cut back on some of the detail) and base the look around an actual anime fox-girl. Then there was the color. The artist who did the original design made her hair more of a reddish color. Subsequent takes on the design tweaked it so her hair had more of a gradient from reddish to yellow. Then I scrapped that. Not because it looked particularly bad, but because I wanted to try something simpler. My solution? She’s a Shounen protagonist. What’s a color that’s really prominent amongst those? Orange.

Goku, Naruto, even Ichigo’s hair. Kitsu is supposed to sort of emulate the whole Shounen protagonist thing, right? So why not go with that? A mix of red – the color of passion, and yellow – the color of joy. Two of Kitsu’s more notable qualities. A fiercely determined and cheerful girl. It fits her rather well. Throw in a little blue somewhere – her skirt and socks, in this case – and viola! Yes, I know that green is another relatively common one with Shounen Jump protagonists. Particularly those that are more empathetic like Deku and Tanjiro. I was originally going to make her sweater green, but I didn’t care for that combination and I didn’t wanna do the whole rainbow hair color thing with this. At least not for human characters.

There are other aspects. For example, individual characters. Thing is, I didn’t really base any of the characters on anything in particular. There are certain fundamental and archetypal traits in all the characters, but that’s true of literally every story on Earth. In the entire series that I’ve mapped out, thus far, I can really only think of one character that was specifically and intentionally inspired by another… and they’re waaay far off from showing up. So we’ll just not talk about that.

As it pertains to the actual core theme(s) of the story, that would be one of those times where the story sort of inspired itself. I didn’t look out to any other exorcism stories or anything for that particular aspect. So Demon Slayer, JJK, etc. None of them really drove any aspect of the story thematically, despite the fact that I’m positive the overlapping subject matter will cause some thematic closeness.

It was more that I created the character of Kitsu, I knew I wanted her to be this cosmically unlucky and weak girl, to start, and I thought “what would she be like?” I didn’t want her to bemoan her existence. I didn’t think that’d make for a character that’d be particularly enjoyable to follow as a lead. I also didn’t want to make her a nervous wreck either. Just wasn’t interested in that story. So I went the other way and gave her a more positive spin. This led to the idea that someone who truly knows that kind of misfortune would be especially sensitive to the plights of others and probably exhibit a heightened gratefulness for the good things in their own life. Someone like that, all it’d really take is a little… push.

At that point, Kitsu became a (mostly) Flat Arc character who I’ve sort of built all the other important characters around, creating ways in which they can develop so we can watch how she impacts them. Now to just see where that goes.

So there ya have it! Those were all of my biggest inspirations when first coming up with Ghost Light Exorcist. Volume 1 is nearing its end! Be sure to check out new weekly chapters, Tuesdays or Wednesdays, only on Voyce.me! Thanks for reading, as always!

← So, Where Are We At? | Writer’s Journal
Ghost Light Exorcist Quick Updates →

The girls just wrapped their focus on Magical Girls for the summer! Why not Toon In here?

Hello All! We’ve got some big Originals announcements for you today!